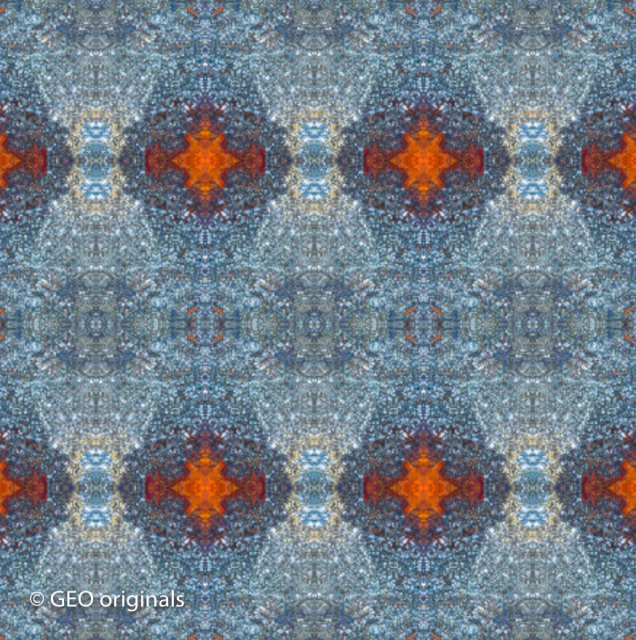 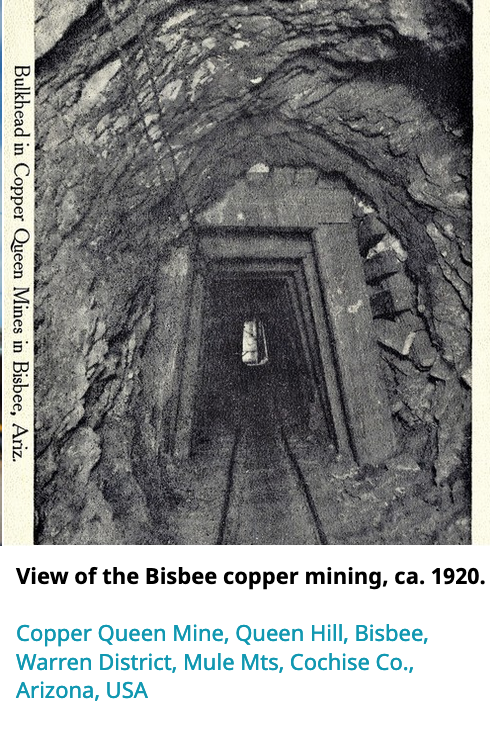 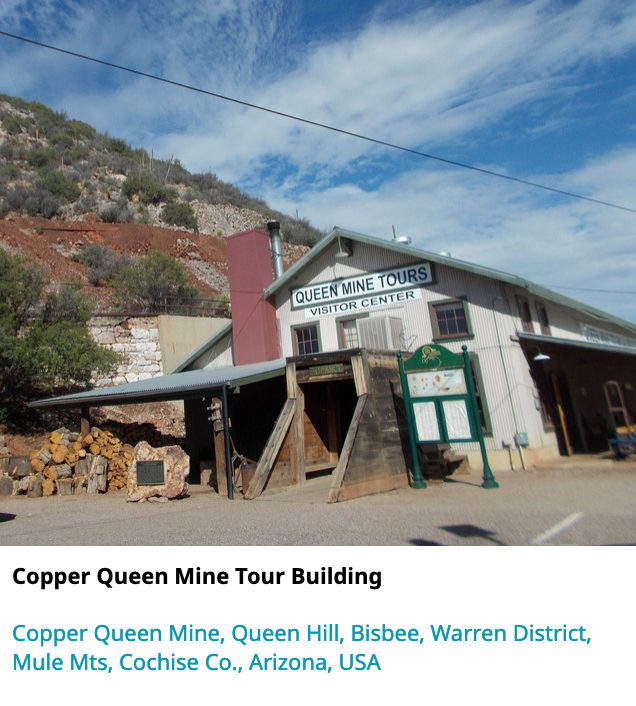 SKU:
$92.00
89 92 $89.00 - $92.00
Unavailable
per item
Add to Cart
Fabric by the Yard
Azurite
(Arizona)
GEO 3331
For all you geology nerds like me... (In reference to the photos of the mine) "Mineralization is high-grade copper carbonates with minor lead and zinc carbonates in irregular replacement orebodies.  Cuprite (red) is commonly found as an oxidation product of copper sulphides in the upper zones of veins, often associated with native copper, azurite, malachite limonite and chalcocite. A fibrous form of Cuprite is known as chalcotrichite.  Workings include a shafts and open pit operations. A maze of workings connecting with the surface through four working shafts and several other less-used openings. The area thoroughly intersected by drifts and crosscuts covers nearly half a square mile, while the extreme vertical range is about 950 feet. The shaft names are the Czar, Queen inclined, Holbrook, Spray, Gardner, and Hayes. This was the original copper mine of the district. Produced several thousand tons of ore in the early years. Averaged production of 3,000,000 lbs. Cu per year." (mindat.org).

As a result of mining... POLLUTION - CONTAMINATION... Mining and Processing Ores that contain copper in the U.S. are typically mined in large, open-pits. Copper processing facilities are usually located near mining or extraction sites. Significant waste volumes are associated with copper production. Mine wastes may contain radionuclides due to their natural presence in ores and can be a source of TENORM. Uranium, which may be co-located with copper ore, may also be recovered as a side stream, if economical. However, in the United States this is not a general practice. Learn more about uranium mining.

The production of copper typically includes the following processes are leaching, solvent extraction and smelting.

Leaching
There are two main leaching methods: heap leaching and in-situ leaching. Heap leaching is the most common method used in the U.S.  When processing copper through heap leaching, vast quantities of ore and what is called overburden are mined.  (Oveburden is soil and rocks that have been moved out of the way to get to the ore. In. the area where there are high concnetraiotnss of radiouclides in the rock, overbrden may have some enghanced radioactivity.  The overburden is separated and either hauled to the waste site or stockpiled for future site reclamation. The ore is crushed and stacked into specially designed pads. The pads are lined with synthetic or natural materials such as polyethylene or compacted clay. Acids are introduced to copper-bearing ore, seeping through and dissolving copper and any other metals, including radionuclides. The liquid that “leaches” through the rocks is collected. This liquid contains the dissolved copper, known as a pregnant leach solution (PLS). The copper present in this liquid is collected and later processed.

A second method is in-situ leaching. Groundwater and certain geochemical conditions must be present in order to utilize this method. During in-situ leaching, rather than physically mining and removing overburden to reach copper deposits, chemicals are introduced into ore bodies using injection wells. The PLS is then captured in production wells, collected and later processed.

Solvent extraction
Once PLS is leached, it is sent to a solvent extraction plant to remove the copper. The PLS is mixed with an organic solvent that binds to the copper and chemically separates the copper from the rest of the liquid. Then, the copper-bearing liquid is combined with another acid to precipitate the copper from the organic material. Another process, called electrowinning, uses electricity to extract copper out of the PLS onto thin metal sheets.
The remaining liquid is known as raffinate, a waste product. Raffinate can contain concentrated amounts of TENORM.

Smelting
Copper smelting involves three steps:
Waste Generation Copper mining wastes make up the largest percentage of metal mining and processing wastes generated in the United States. There is a broad range of TENORM concentrations in copper mining wastes.
Mining and extraction of copper by surface or underground methods can concentrate and expose radionuclides in the waste rock and tailings (which is the remaining portions of a metal-bearing ore after some or all of a metal such as uraninum has been extracted.  Leaching and solvent extraction/electrowinning processes, as well as the practice of recycling raffinate at copper mines, may extract and concentrate soluble radioactive materials. In some cases, levels up to two orders of magnitude over background have been measured. View the report, TENORM in SW Copper Belt of Arizona, on the tenorm.
Because the pyrite and sulfide minerals are in tailings piles, which have an exposed surface area, they may be susceptible to leaching of radionuclides. If pyrites and sulfides are exposed to the air and water, they may form sulfuric acid that will mobilize many metals including uranium, which is highly soluble in acid. This chemical reaction produces acid mine drainage (AMD), a pollutant that is present at many abandoned mine sites.
Copper mining waste storage piles may be as large as 1,000 acres and typically include three types of waste; tailings, dump and heap leach wastes, and waste rock and overburden.
The amount of marketable copper produced is small compared to the original material mined. Several hundred metric tons of ore must be handled for each metric ton of copper metal produced, thus generating large waste quantities. For example: More information about copper mining and production slag can be found in the EPA's Report to Congress on Special Wastes from Mineral Processing.
For detailed information and publications about copper mining and production, including statistics about domestic and international mining and use, see the U.S. Geological Survey Copper Information webpage.

What is Superfund?Thousands of contaminated sites exist nationally due to hazardous waste being dumped, left out in the open, or otherwise improperly managed. These sites include manufacturing facilities, processing plants, landfills and mining sites.

In the late 1970s, toxic waste dumps such as Love Canal and Valley of the Drums received national attention when the public learned about the risks to human health and the environment posed by contaminated sites.

CERCLA is informally called Superfund. It allows EPA to clean up contaminated sites. It also forces the parties responsible for the contamination to either perform cleanups or reimburse the government for EPA-led cleanup work.

When there is no viable responsible party, Superfund gives EPA the funds and authority to clean up contaminated sites.