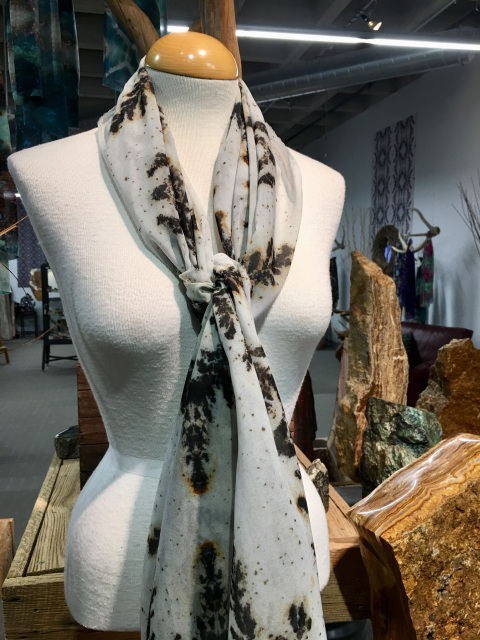 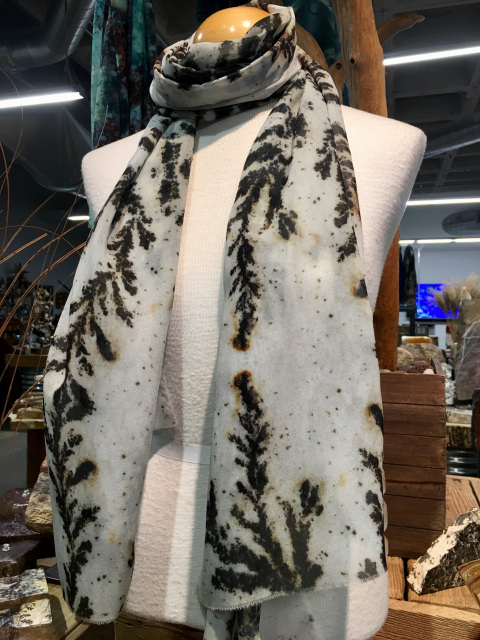 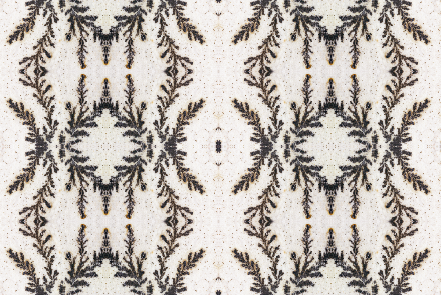 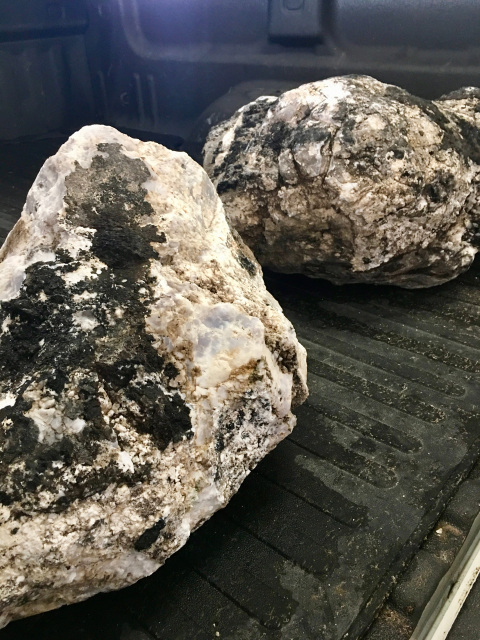 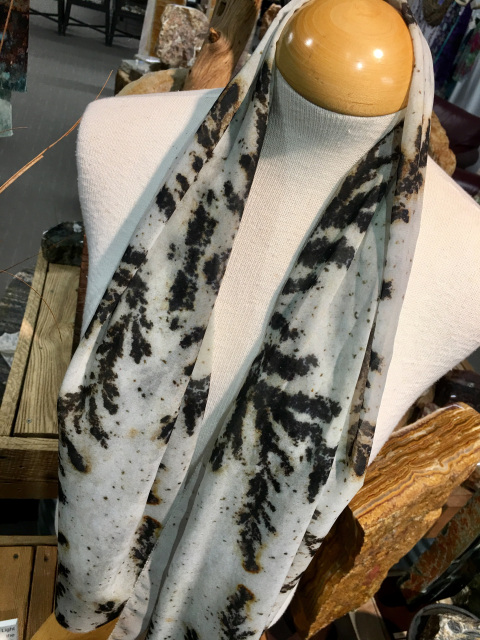 Looks like fossilized fern but it is actually minerals inclusions in stone...

Dendrites are fern-like inclusions of iron, manganese, or other metallic oxides that create bold patterns within the gem. A crystal dendrite is a crystal that develops with a typical multi-branching tree-like form. Dendritic crystal growth is very common and illustrated by snowflake formation and frost patterns on a window. When moisture and iron mix, the result is oxidation, better known as rust. Oxidation is an every day occurrence. It even happened in gemstones. Traces of moisture and iron or manganese were trapped inside quartz, which produced stains resembling trees or branches called dendrites.  The stains are found in microscopic fissures that cause them to branch out like tree limbs or fern like inclusions. Of course in nature no two things are alike, making each gem one of a kind . Quartz can have inclusions of other minerals also, including, chrysocolla, azurite, malachite, chlorite or goethite. These inclusions have the ability to tint their host red, orange, yellow, green, blue and black. Dendrites can occur in other gems as well, including opal and beryl. Dendrites are most often formed by manganese oxide.

Using high magnification lens we capture images deep within the microscopic typography of the stone and can transport the viewer into a micro world, far beyond what the naked eye perceives. Then we transfer those images onto luxurious fabric for "Stone Scarves”! Chiffon, lightweight and translucent, is the material of choice for our scarves as it allows for the printed design to be visible on both sides. The ultra-sheer fabric is printed using ecologically-safe transfer sublimation inks that provide vibrant color and strong wash durability. The printing process consumes no water and uses non-toxic bio-degradable inks. (We recommend washing machine with phosphate free detergent on a warm or cool delicate setting. Tumble dry low or line-dry)

Select size either (approximately) 36"x52" or 26"x72 and we will ship your beautiful scarf to you!

All of our macro photographs are of our own stone; cut and polished, exposing the natural beauty inside.
(All photos shown are watermarked for online viewing. The purchased art will not show watermark.)  ©Light the Earth, All Rights Reserved Copyrighted. No Usage Without Permission