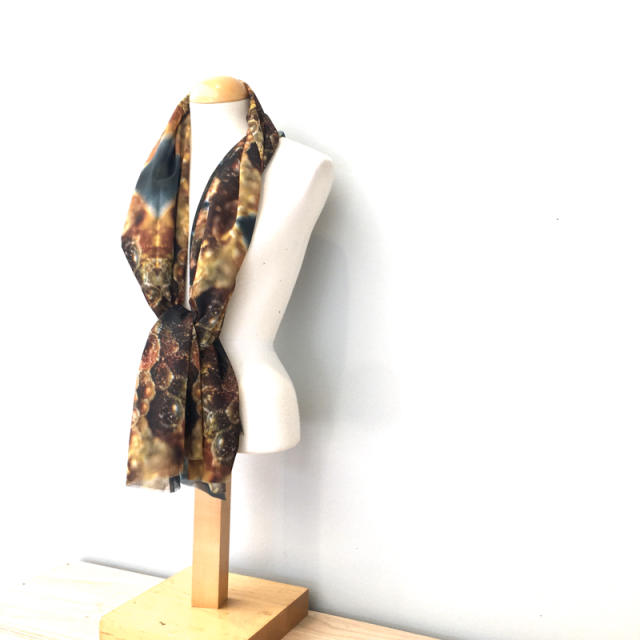 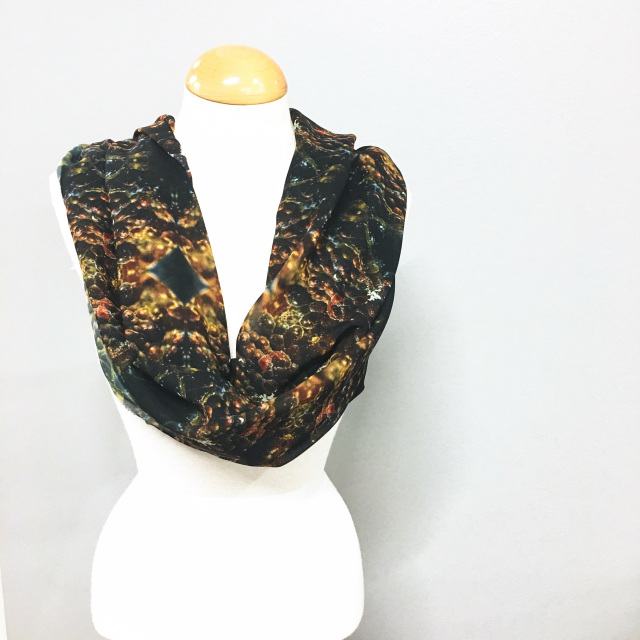 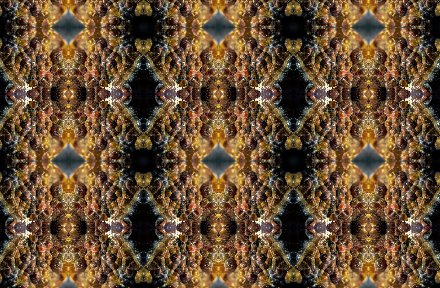 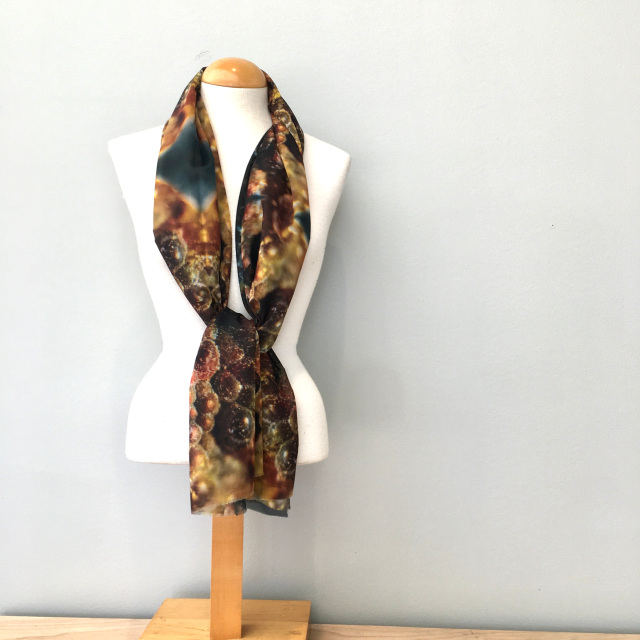 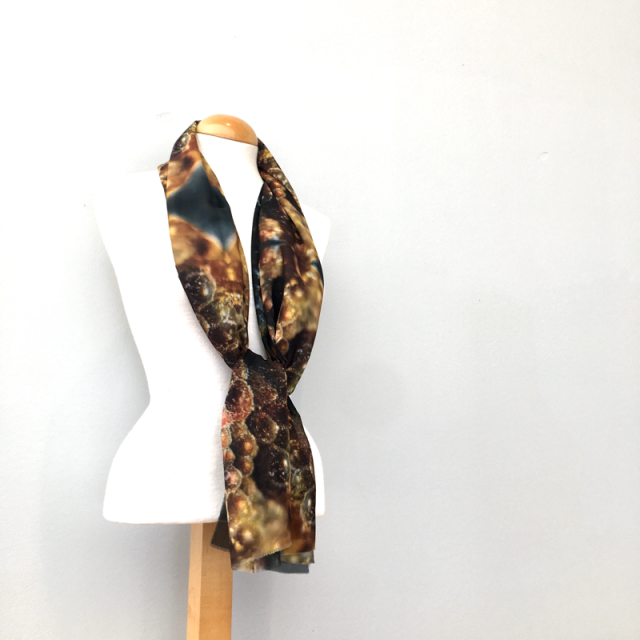 This image was taken of an Arizona Fire Agate ~ a form of chalcedony. Approximately 24-36 million years ago the areas near the Harquahala Mountains in AZ were subjected to massive volcanic activity ~ this was during the Tertiary Period. The fire agates were formed when hot water saturated with silica and iron oxide, repeatedly filled cracks and bubbles in the surrounding rocks. A botryoidal texture or mineral habit is one in which the mineral has a globular external form resembling a bunch of grapes. Each sphere (grape) in a botryoidal mineral crystals grow radially around the nuclei at the same rate, appearing as spheres. Eventually, these spheres abut or overlap with those that are nearby. These nearby spheres are then fused together to form the botryoidal cluster.